i wish i had

"Shark-infested waters" is like saying New York City is "infested" with humans. The sharks live there. It's their home. >:(

another 30 min art exercise, this time with a moon and some clouds

Rin has entered the chat.

Wolf Guy has also entered the chat and I already don't like him.

#like sure he didn't notice Rin over there so he didn't intentionally #you know #MAKE HER RELIVE THE TRAUMA OF SEEING SOMEONE MURDERED IN FRONT OF HER #but he still loosed those wolves on the village so like. fuck that guy #blabbering #inuyasha

Rin has entered the chat.

#inuyasha #blabbering #those villagers know exactly what shes been through and yet they beat her and threaten her???? #show me the fucking logic #whre is it #thre is none. fucker

bla bla bla sibling rivalry, blabla bla "daddy gave you a cooler sword waaah", bro just stop taking out your mislplaced anger over your fathers infidelity onto your brother who, mind you, did not ask for this bullshit. its annoying. you are neither cool not badass. please see a therapist you'll feel better i promise

#i cannot take sesshomaru seriously for the life of me #i mean i can't take inuyasha all that seriously either but at least he isn't trying so hard. #AND inuyasha is doing something worthwhile with his life. so. #sesshomaru i am once again asking you to get a fucking job or someting #blabbering #inuyasha

On another note, sure, Kikyo may be a little more than a bundle of grudges shambling around in a bipedal lump of dirt but I gotta hand it to her, she's genuniely a badass and I love how petty and sassy she got with Naraku.

#blabbering #inuyasha #alright then ma'am keep your rights #i still lose my mind everytime the characters make it out to be this over the top love triangle when the situation is so much more nuanced #i mean the whole thing happened exclusively for the relationship drama. im aware of that #but like #come on

#what does he care if his brother is doing okay in life? stop antagonizing people over a stupid sword! #get a job or something jesus christ. #inuyasha

one thing stella not understand
when post is supportive & inclusive, & someone (sometime even OP) say "share to make bigot angry"

someone of marginalise group is not object which only exist to make bigot angry
& marginalise ppl not need be remind ppl hate them just cause exist
is good alienate bigotry, but just being nice person should be done to be nice, even when IS in face of bigots

people on the internet are angry and feel good about making other people angry because this emotion is easier to feel. but the thing is, bigots are already angry all the time. sometimes they're taking this anger out on marginalised groups, even. we don't need anymore of that.

i feel like, most of the time, purposefully making people angry doesn't really solve any social justice problems at all, not in the long run at least. but some people just like the thought of making others feel negative emotions, i guess, especially when they're (often rightfully) angry themselves.

I guess they never miss huh,

a boy. its vinny!

Researching mythology is a trip and a half because the deeper you go the less you understand.

The simplified versions of stories are actually as clear as it gets and as soon as you scratch below the surface you have centuries upon centuries of ever changing cultural and historical context as well as tons of inconsistencies!!!!
Because if humanity could be in sync enough to come up with a single internaly consistent canon for tons of overlapping legends, myths, folktales and several deities' cults we'd be the creepy hiveminded aliens from sci-fi horror stories but also pieceing together all this bullshit wouldn't be giving me such a headache.

me: *fucks around with the lighter*

several ghosts of cavepeople watching over my shoulder in awe: 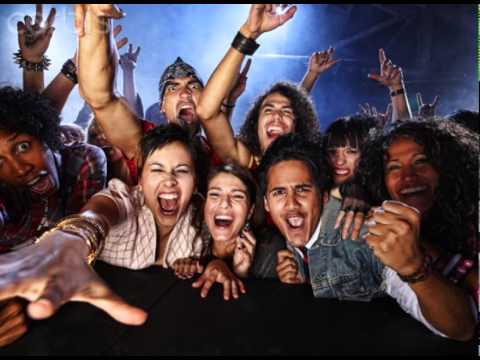 Listen, pal, cursing ain't easy. It's gonna cost you if you want me to curse you and your entire bloodline. I'm talking at least twenty dollars for a good curse. Maybe ten if you don't care about quality.

Curse of can't curse: only twenty dollars for every swear to be censored with the most annoying beep possible! Ten dollars and a few "fucks" and "dammits!" might slip by.

So I was lying down and trying to fall asleep

If this were like, a comic I'd be drawn in this pose angled in the weirdest way possible while some unknown attacker approached my ~demure unasuming damselness~

but then I thought

ooh the way you paint the colors...is good is good

finally managed to draw!! my inspiration is just listening to a lot of music tbh

#art #the colors on this are *chefs kiss*